Does any City Say “Industrial Wire Rope” like San Francisco??

Previous Next
Does any City Say “Industrial Wire Rope” like San Francisco?? 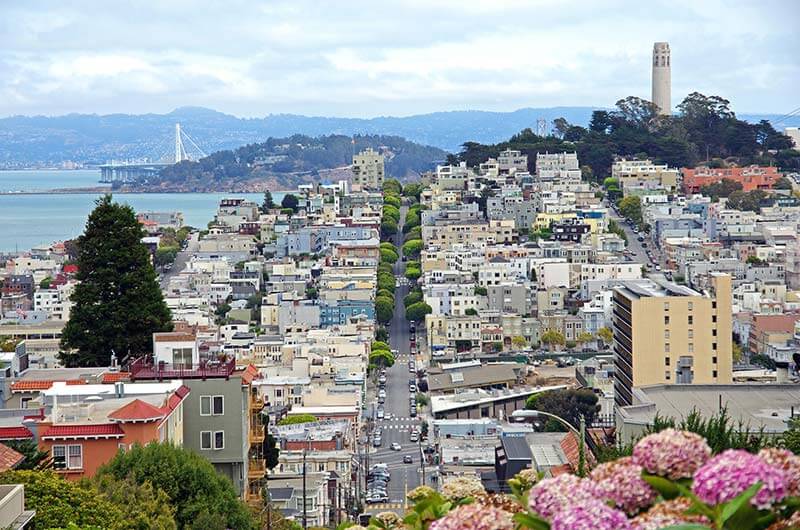 In San Francisco, it could be up for debate where the industrial wire rope begins and ends.  Whether buildings, bridges, trolley cars or gold mining, this is a town that has a long history with cable!

In July, we at Industrial Wire Rope kicked off our virtual summer road trip with a visit to Seattle, while our affliliated company, American Scaffolding, began on the other side of the country in Washington, D.C.

This month, our trip has taken us to San Francisco, where industrial wire rope has been responsible for some notable “firsts” in U.S. technology, including gold mining and cable cars. Add in San Francisco suspension bridges, including the Golden Gate, and the wire rope used in this city would have you well on your way to the moon.

So much is so unique to this city, it’s hard to decide where to start. So, we’ve decided to look at it from a historical perspective and note just a few applications involving industrial wire rope.

San Francisco was founded just as the United States established itself as a nation, in the summer of 1776. Though their beginnings coincided within a matter of days, vast differences certainly existed. Just as British colonists were declaring themselves an independent new nation, Spanish colonists on the opposite end of the continent were establishing a presidio – a fortified military settlement – as well as a mission, both named in honor of St. Francis of Assisi.

Obviously, San Francisco’s beginnings preceded the invention of wire rope, so any rope used at the Presidio of San Francisco or Mission San Francisco, were likely made of hemp, or possibly flax.

First colonized by the Spanish, San Francisco became a part of Mexico until 1846, when U.S. Navy Commodore John D. Sloat claimed California, and with it, San Francisco for the United States on July 7 of that year. This was two years before the Golden State lured about 300,000 people from around the world for that precious metal in its name: gold. In San Francisco specifically, population exploded from about 400 to approximately 35,000 by 1849.

Silicon Valley when it was Gold and Wire Rope

By 1848 when the Gold Rush began, wire rope already had been invented. Credit goes to Wilhelm Albert, a German mining engineer who initially made the ropes by hand. It wasn’t long before Englishman Robert Newall learned about the Albert ropes and devised a method of making wire ropes in a factory rather than by hand.

The Modern History of Wire Rope describes the corporate intrigue and battle for intellectual property around wire rope, but most relevant to San Francisco and the Gold Rush was the journey of Robert Newall’s business partner, Andrew Smith. Apparently, the Gold Rush wooed Smith away from England, and he brought with him the wire rope that would be first used in the United States for the purpose of gold mining operations.

Do all great technologies have notable roots in Silicon Valley? 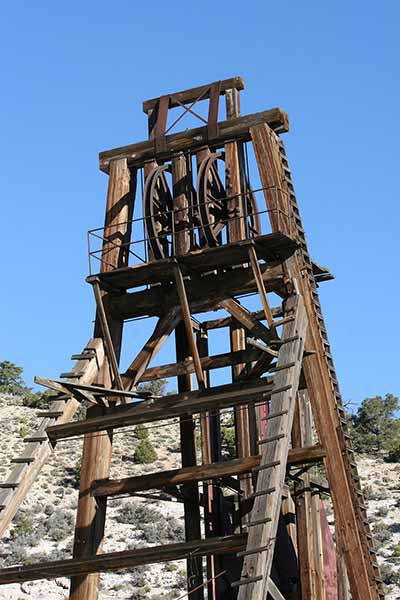 Perhaps there is something inherently innovative about that area, because the first cable cars in the United States were put into operation in San Francisco in 1873. The son of Andrew Smith, Andrew Smith Hallidie, is the “mechanical genius” is the one responsible for developing the idea of cable car transportation, and the Cable Car Museum describes inspiration as one born out of compassion after seeing horses whipped trying to pull horse carts up San Francisco hills on wet cobblestones.

Hallidie apparently was a prodigy, building an operating “electrical machine” at the age of ten. He combined his engineering talent with his father’s wire rope patent and, among other ingenious inventions, completed plans for the cable car system. 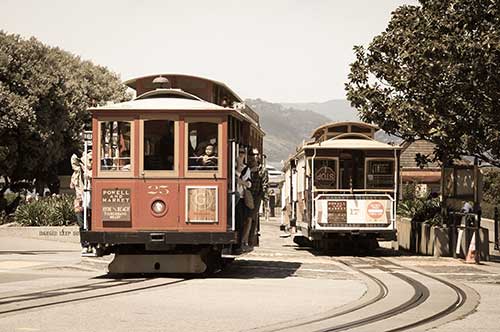 Included in the Cable Car Museum archives are several interesting statistics. As of 2014, San Francisco cable cars served nearly 8 million passengers on a system operating on 57,300 feet of cable.

These phenomenal structures evoke so many “Wow!”s. The idea that together these bridges use over 164,000 miles (yes, MILES) of wire rope is worth one huge “WOW”! Look at that any way you want: almost 7 trips around the earth at the equator or nearly 2/3 of the way to the moon.

If only we could include the moon on our virtual summer road trip!! If Andrew Smith Hallidie were still around, maybe he could find a way to get us there!