Over the past few months, our blog posts and those of American Scaffolding, have gone on an “armchair tour” of some interesting sites across the country. We admit we may not be the average tourists, as posts of places as amazing and fascinating as Seattle, San Francisco, Washington, D.C. and the Outer Banks focus on industrial wire rope and scaffolding, rather than food and recreation. Are we odd?

It was almost just as we hit the “publish” button on the American Scaffolding post about renovation work on the Bodie Island Lighthouse on the Outer Banks, that Hurricane Florence became a threat to that exact area. And, of course, Hurricane Michael pounded the Gulf Coast and beyond shortly afterward. With 24-hour news coverage available through every device, the immense power of nature displayed in hurricanes and other natural disasters is impossible to escape. And, it’s riveting.

When it comes to the world of industrial rope, particularly when it’s attached to construction cranes, hurricane obsession can take on new dimensions. Photos from 2017 out of Miami, FL after Hurricane Irma pushed through were dramatic exhibits of how intensely Mother Nature can bully construction sites. 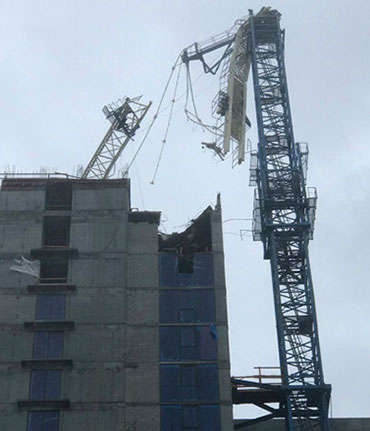 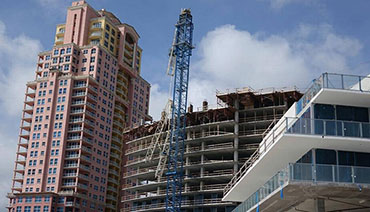 Yet, for all the beating the industry can take in extreme weather, it is certain to be called into service quickly afterward to hoist, lift and dig out debris. Then comes recovery and rebuilding. Certainly, we know that industrial wire rope has a major role in these efforts. The enormity of the work to be done, and the amount of cable that is involved registers with this Army Corps of Engineers infographic. It exhibits progress of response in Puerto Rico and the Virgin Islands alone following the 2017 Hurricanes Irma and Maria.

And in the Aftermath, Too!

From power companies and the telecommunications industry to reconstruction of buildings, roads and bridges, disaster recovery calls for a lot of heavy lifting. And, of course the work continues long into rebuilding. For example, nearly a year after Hurricane Harvey unleashed over 19 TRILLION gallons of water on the Houston area, ConstructionEquipmentGuide.com reported on repair of the I-69 bridge crossing the San Jacinto River. 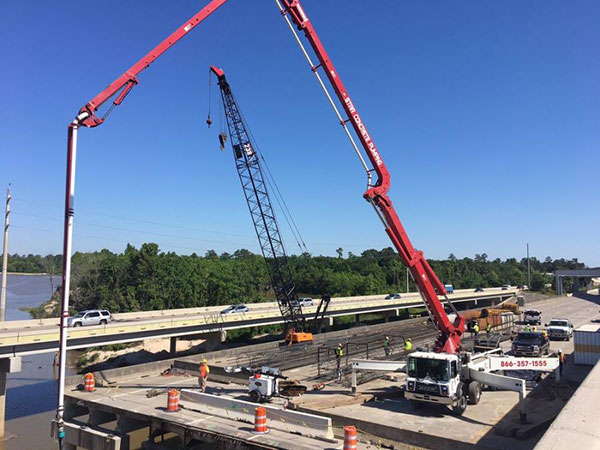 Damage to the bridge was caused by dramatic changes in the river. The force and volume of water carried through the San Jacinto River following Harvey caused the depth and alignment of the river to change, which affected the foundation of the 1-69 bridge. As of early June, when the ConstructionEquipmentGuide.com article ran, the projection for repairing the bridge was 182 days.

When asked what heavy equipment was being brought in for the job, the Texas Department of Transportation listed, barges, cranes, track hoes, hydraulic breakers, light plants and concrete pump trucks. You can bet plenty of wire rope played a role as well. It’s incredible to be something so integral to a project that it’s just assumed and unnamed, isn’t it!?

It’s not a surprise that the construction industry is such a central focus both before and after storms. However, the intensity of storms we’ve witnessed over the past few years and the enormity of the damage they cause, is so captivating, from Matthew to Katrina, Sandy and Michael — and that’s not even considering winter storms, tornado activity or wildfires. Mother Nature certainly shows us who’s really in charge! With that in mind, whether on the job or off, keep an eye on the weather report and stay safe!